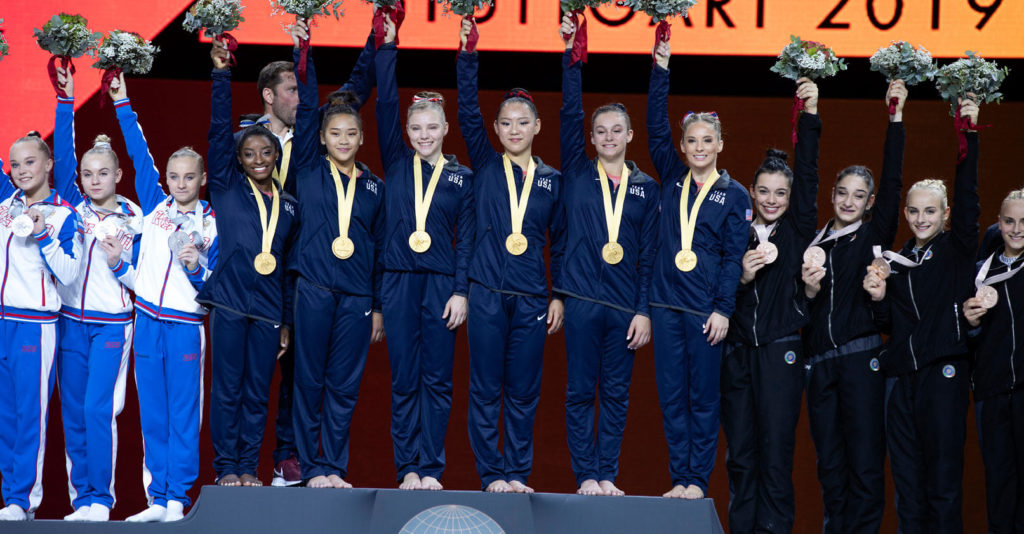 The air was thick with anticipation in Stuttgart – not only the gymnasts, but the spectators in the Hanns-Martin-Schleyer Hall could hardly contain their excitement too. The fate of the first medal in this year’s gymnastics world championship was about to be decided. The team at the State Mints of Baden-Wuerttemberg wasn’t prepared to let this moment of truth slip away and could be seen amongst this fever-pitch crowd.

This year’s gymnastics worlds took place over ten days and saw 93 countries take part, each one determined to fend off the competition and win the coveted medals. These were designed and produced by the State Mints of Baden-Wuerttemberg in close partnership with six other local companies. A total of 31 processes were refined over a period of one year to the full satisfaction of all involved. “It was an unusual project from the get-go”, reveals Mints Director Dr. Huber. It is no wonder then that the anticipation for the upcoming championship and the first medal ceremony was palpable.

The day was finally upon us. On Tuesday, 8 October 2019, the fate of the first medal was decided at the women’s team final. The teams of five participated in balance beam, floor, jump and uneven bars to determine which one was to take home the title of world champion. Finally, the US team, this year’s favorite headed by the exceptional Simone Biles beat the competition to win its fifth worlds title in a row. The team’s relief and joy could be felt by everyone in the audience – it was enough to give you goosebumps.

Let there be light!

The winners’ medals for this year’s worlds motto “Leave your mark” [“Neue Zeichen Setzen”] did exactly that. Whether it was their dynamic design, unique motif thickness or the ribbon made from recycled plastic bottles (which was hitherto believed to be impossible from a technological perspective), the expertise of all the partners made it possible.

A special surprise awaited the audience during the joyous award ceremony. The lights were dimmed in the crowded room and the medals began to glow. An LED plate fitted between the medal’s magnetic plates is activated via a movement sensor, allowing light to emanate from the medals. A cutting-edge technology that not only saw the medals light up, but also the faces of everyone involved.

The key to success

The team at the State Mints of Baden-Wuerttemberg experienced the medal ceremony firsthand. Each employee was finally able to reap the rewards of all their hard work and dedication over the past few months. The similarities between gymnastics and minting have never been so clear to see; active co-operation in a team, continually precise execution, and a unique passion for your work, day in day out. With that in mind, we would like to take the opportunity to reflect with pride on our one-of-a-kind medal and congratulate all the partners on this successful project.